The Future of Inguinal Hernia Repair 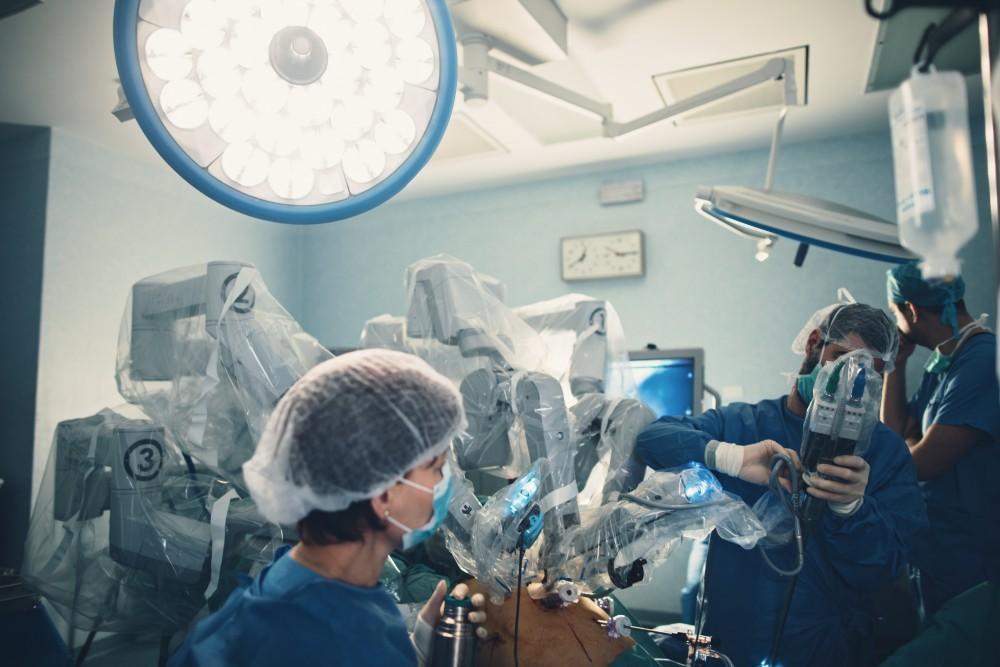 Inguinal hernia, often known as groin pull or groin hernia, is one of the most common problems in health care.  Inguinal hernia repair is the most commonly done procedure by a surgeon with some 800,000 done in the United States each year. With that said, surgical repair techniques are of great importance both to the individual and society as the amount of worked missed due to this diagnosis has major economic impact.

Traditional open surgery has been done for decades. Many variations have evolved such as; multi-layer Shouldice repair which is associated with Toronto, or mesh tension free Lichenstein repair, which has been very popular since the late 1980's. In the past 15 years, newer technologies have become available and deserve much attention. Laparoscopic Inguinal Hernia Repair for example, utilizes small incisions to place the mesh, avoiding the typical larger open repair incision. This procedure greatly reduces post operative pain and speeds up the recovery process. Post-op wound infections, albeit rare, were also eradicated with this technique. Sounds good, right? The problem was, only 15 % of surgeons adopted it in the past 15 years. Why? It takes a very high skill set to climb its learning curve. Most surgeons are not trained in more advanced laparoscopic surgery and did not have the time to learn.

Enter robotic surgery. Learning how to do tasks with robotic equipment is far quicker than laparoscopic. The major player in this world is Intuitive Surgical and the name of this company truly fits their product.  Originally designed with cardiac surgery in mind, adapting to this arena proved unsuccessful and it appeared robotic surgery would remain a futuristic technology- something that was feasible but not practical.

Eventually, where it did prove useful was pelvic surgery, which required small exact motions in a confined area- something that the robotic technology thrives upon. Subsequently, prostate surgery and rectal surgery adopted robotic technology with great success. Until 2016, little inroads still existed for robotic surgery in much more commonly done general surgery procedures such as inguinal hernia repair. Robotic inguinal hernia repair has all the advantages of the minimally invasive laparoscopic technique; small incisions, minimal pain, no infections,  short procedure times, with tremendous advantages, namely, far easier to learn with proficiency.  The learning curve is something less daunting than laparoscopic inguinal hernia repair and the results are probably even better.

Beaumont Health surgeon,  Dr. David Chengelis is performing Robotic Inguinal Hernia Repair combined with infiltration of local anesthetic, and has noted a dramatic decrease in post operative pain.  In most  patients, there is no need for any narcotics for pain. In today's world of heightened awareness for opiate addiction from minor surgery, this is a very important improvement. Statistics place new opiate addiction after first time exposure at approximately 5 % of patients. If one considers 800,000 inguinal hernia repairs are done each year, that represents a potential 40,000 people becoming addicted to narcotics.